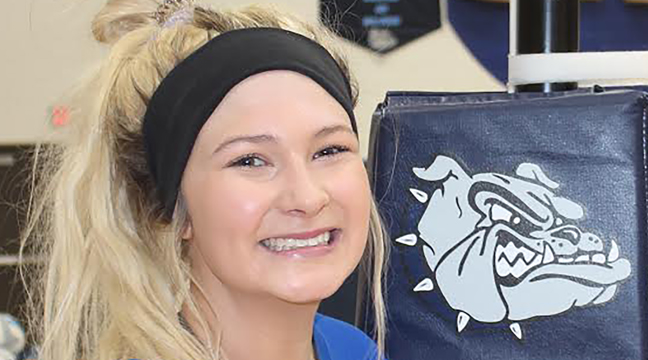 Jenna Olson (L) had a great performance against Monticello (Photo by Mark Kolbinger).

Bulldog Netters back in action, go 3-1

The Becker Bulldog volleyball team came back from its two week COVID-19 related pause, and was able to squeeze in one practice before playing four straight matches in which they went 3-1.

“It was our first game back and we had just one practice,” said Coach Greg Lynch, who was a bit unsure of how the team would respond.

Kady Lindbom led the hitting attack with 18 kills, while Ellie Wenner had 27 set assists.  In the serving department, Big Lake edged the Bulldogs in aces, 12 to 10.

Emilie Baumgartner had 26 digs for Becker, while Evelyn Kreft had 4 blocks.

“Jenna Olson had a really nice night for us,” said Lynch, citing her six kills.

Becker led in the ace serve category with 13 (four by Mckayla Ewing) to Monticello’s eight, while Monticello had a slight edge in digs with 74 to Becker’s 71.

This week, Becker picked up a pair of wins, defeating North Branch and Princeton.

It was a night the team was able to honor all of its Seniors, each of whom has had a volleyball season that they will surely never forget.

Lindbom was the top hitter with 20 kills.

Lindbom was again the leading hitter as she had 20 kills in the match.

The next action for the Bulldogs was still undetermined at press time for this week’s Patriot, as rumors persist about a statewide possible stoppage in play. Details will be available in next week’s edition. 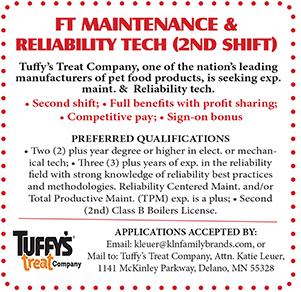