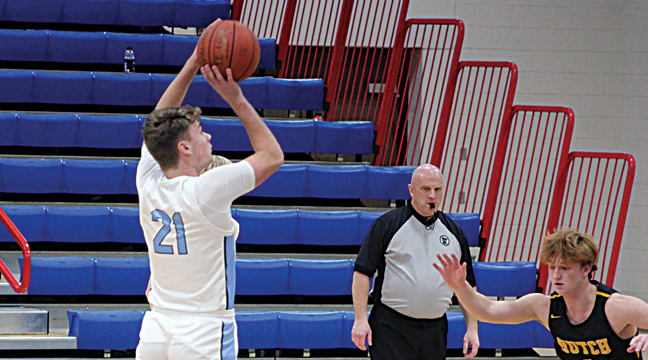 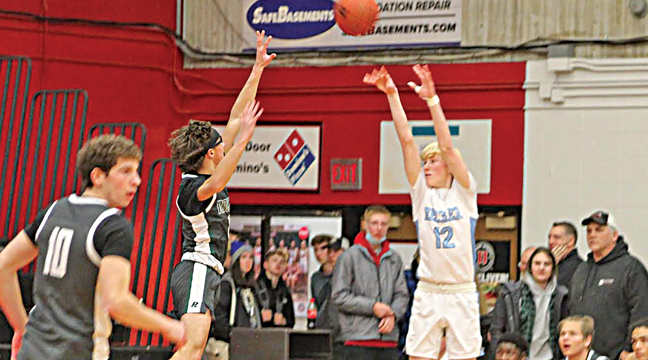 The Becker boys basketball team participated in the Breakdown Granite City Classic over the winter break and came away with a 1-1 record against excellent competition.

In their opening game last Wednesday, Becker used some second half determination en route to a 61-59 comeback win against the Hutchinson Tigers.

“Against Hutchinson we started off slow and Sam Rensch had a great first half for Hutchinson,” Coach Josh Ihrke said.  “The biggest difference in the game was that our depth was better than Hutchinson and that showed in the second half. We found ways down the stretch to work together to get a tough win. ”

Becker trailed 35-26 going into the locker room at halftime, but came out and made the shots necessary to pick up the win.

For the game, Becker hit on eight of 28 three point shots, while the Tigers were five-for-22 from beyond the arc.

Eric Seavert paced the Bulldogs with 17 points and eight rebounds, while Brady Paumen (15) and Alex Weiss (10)  joined him in double figures.

“Brady Paumen put together a nice game and led us on both ends of the floor,” Ihrke said. “The biggest uplifting moment was when Ryan Bengtson came into the game and in three minutes came away with two three’s and two steals after not playing in the first half.”

Becker had 10 steals in the game, while Hutchinson had three.  Hayden Harmoning led Becker in assists with four.

Thursday, Becker traveled to SCSU’s Halenbeck Hall and dropped a tough game to the Rockford Rockets, 78-69.

“Against Rockford we ran into a team that outworked us and we struggled finishing possessions defensively,” Ihrke said.  “We moved the ball well at times but could not get multiple possessions strung together to extend a lead in the first half.”

Becker held a slight, 36-34 lead at halftime, but Rockford used a nice effort on the offensive glass to keep the game close and ultimately take the lead.

“They executed at a higher level throughout the game and found a way to win,” Ihrke said of the Rockets.

Becker’s record now sits at 6-1 on the season and the Bulldogs were scheduled to start Mississippi 8 action Thursday night with a trip to Chisago Lakes.

In last week’s coverage, a photo was mis-identified as that being Ryan Seavert when in fact it was Eric. The Patriot regrets the error. 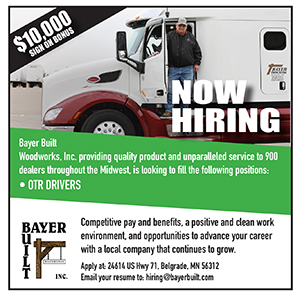