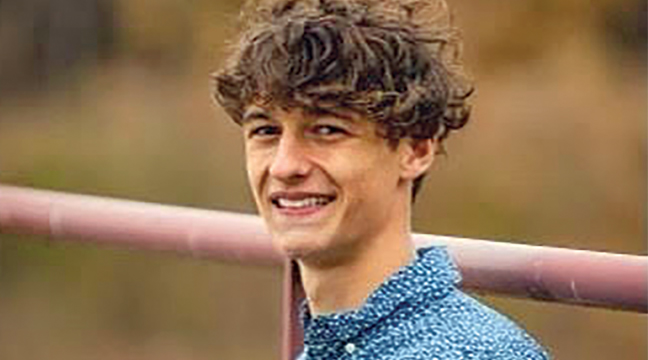 Micah Boyer was named team MVP and will be one of the cornerstones of the Becker boys soccer team next year, as a large group of returning letter winners should spell success for the 2022 version of the team. (Submitted photo.)

The Becker Bulldog boys soccer team held its banquet last Monday and celebrated one of the best seasons in program history.  Head Coach Nick Crowley presented several individual awards, but also focused on a season that saw the Bulldogs take a huge leap forward as a program

“It was a good celebration to cap off an unexpectedly successful season,” said Crowley. “We had the most total goals scored in one season with 47 (next highest was 38 goals in 2009) and we were 4-3-0 in the conference.”

Crowley focused on his team’s much improved offense, as the Bulldogs had five games where they scored more than four goals, and they also scored in all but two games this season.

“Finishing the year off at 7-7-2 (7-6-2 in the regular season) was impressive since we dropped our first four games,” added Crowley. “We started the year by playing some of our toughest competitors, but then we bounced back to .500 with a four game win streak.”

In the team awards segment of the banquet, Crowley presented seven awards that reflected the votes of the team, including: Most Improved: Nick Gruber, Defensive Player of the year: Kolbinger, Offensive POY: Boyer, Most Dedicated: Boyer, MVP: Boyer and Golden Senior: Jakob Johnson. Junior Kevin Vogl was named the Scholar Athlete on the team.

In announcing the scoring statistics for the season, Crowley noted Boyer’s 25 goals and Alzaga’s 14 goals as being tops on the team, while Klug was recognized for his five assists.

“It was a fun season, and we are looking forward to next year because we have some pretty high goals and expectations for ourselves for the 2022 season,” said Crowley. “Our team plans to compete for the top spot in the M8, host a section game and put together a playoff run, and have a goal differential of more than 10. I think these guys will put in the work to make that happen.”