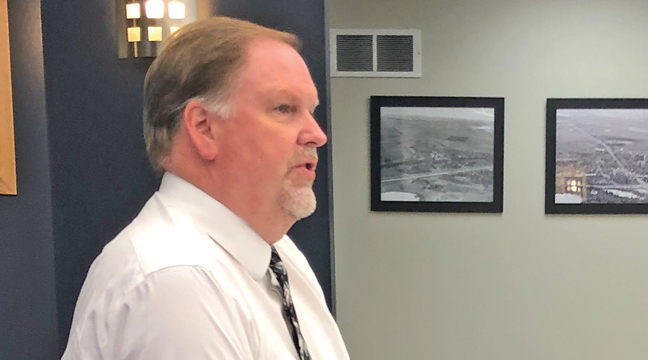 The Clear Lake City Council met Monday evening and the main agenda item was a presentation by Sherburne County Administrator Bruce Messelt, who summarized a variety of information outlining the county’s efforts in the past year.

He noted that new home construction continues to show a strong demand, as last year 455 new homes were built in the county, bringing in over $1 million in permit revenue.

The values of existing homes also continue to rise dramatically, with homes selling for over the asking price.  While this phenomena presents several related issues, he noted that it means it is expected that everyone’s home value will increase next year on their tax statements.

Employment and commuting trends are also being followed closely by the county, and Messelt said that in 2019, approximately 15,000 people commuted into Sherburne for employment, while nearly 40,000 people left each day.  However, with the changes in the workforce since the Covid-19 pandemic, there could be different patterns emerging that could impact transportation.

“We want to see if Covid-19 is changing the commuting patterns,” Messelt said.

Messelt also spoke of the 2020 election and the unprecedented number of absentee ballots that the county had to count.  In years past, the number of those ballots were easily manageable, but in the 2020 election, over 50% of the ballots in Sherbrune were cast as absentee ballots.  This caused some processing issues for the county as state law limits how early they can start being counted; therefore, thousands of ballots remained uncounted when the polls closed.  This caused confusion, as the MN Secretary of State website reported totals with “100% of precincts reporting”, although in that agency’s definition, that simply means that there was activity reported and not that the total ballots had been counted.

Messelt said it took the county approximately one and a half days to finish counting the ballots, but he is extremely confident that the totals were accurate.  In fact the county has undergone three different audits since the election and they all proved that the voting was accurate.

“In terms of election integrity, it was very well done,” Messelt said, applauding the fine efforts of the county elections staff.

Taxes were also a topic of discussion and he provided a slide that showed that in 2020, a average value for a home in the county was $268,000 and that homeowner would pay $97.50 in taxes, 40% of which the county keeps (the rest going to other jurisdictions).  Messelt reported that public safety, public health and public works make up the three largest expenditure areas for the county’s budget.

In a final piece of information, Messelt reported that between the CARES Act and state business relief funding, over $200,000 was allocated to businesses in the Clear Lake zip code.

At the end of his presentation, Messelt took questions and Mayor Tim Goenner asked about the Big Elk Lake proposed park and how its acquisition and development could affect county taxpayers.

Messelt replied that the county has put in a request for Federal and State funding for the project and while no final decisions have been made, the plan is to minimize the impact on local taxpayer dollars.

Responding to a question about intent service and an increase in telecommuters, Messelt stated that the county is moving forward with several projects to increase the availability of broadband, mostly in rural areas.  The county recently conducted a broadband study and has plans in place to put conduit in the ground and then will lease the infrastructure to companies who plan to provide the service.

The council held a brief discussion about the $80,513 in ARPA funds it expects to receive.  Clerk Kari Mechtel reminded council that they have yet to receive the full set of guidelines about approved expenditures, but she continues to work with City Engineer Keith Yapp to monitor the guidance.

It was noted that the water tower is in need of repairs and a quote from several years ago put the price at over $300,000.  Painting, rehabilitation and re-coating of the inside are all projects that will need to be accomplished at some point in the near future.

In recent months, the city has explored improvements to the amateur baseball field in town. Goenner and Public Works Director Dustin Luhning reported that they worked with one vendor to do a walk-through of the park and that proposed lighting project came back with a price tag of $225,000, a figure that was way over anything council had spoke about in the past.  There was immediate consensus that the price was prohibitive and council moved past the lighting project to look at quotes for the scoreboard.

Goenner had requested a donation from the Clear Lake Lions and in response, a check for $10,000 was secured so the council approved a motion to pay the rest of the cost, around $6,000.

In the final action of the meeting, the council decided to move ahead with the replacement of the roof on the well house.  Currently the building has a flat roof which is expensive to maintain so a decision was made to install a pitched roof made of metal.  Luhning was confident that it would fit with the look of the other buildings in the area and would result in less maintenance.

The council will meet next on July 5 at 7 pm at the Clear Lake City Hall. 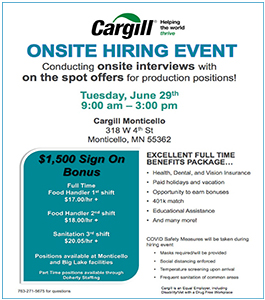