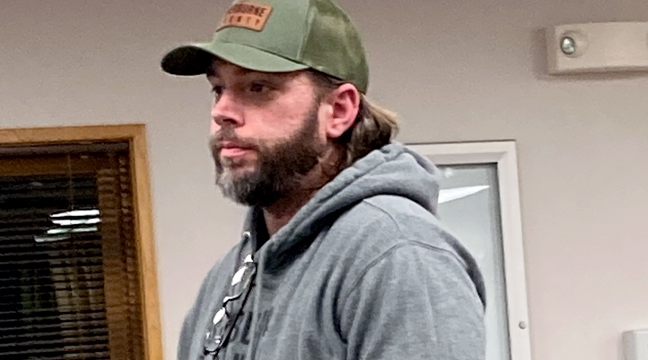 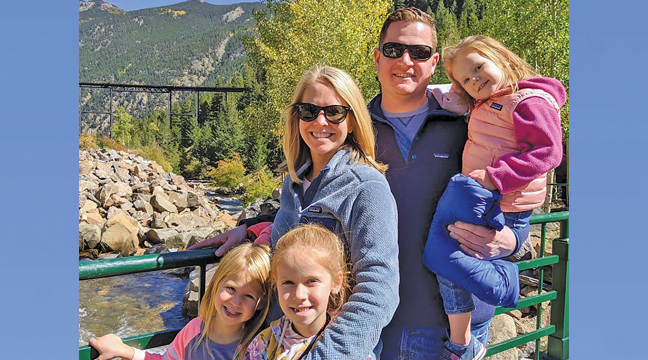 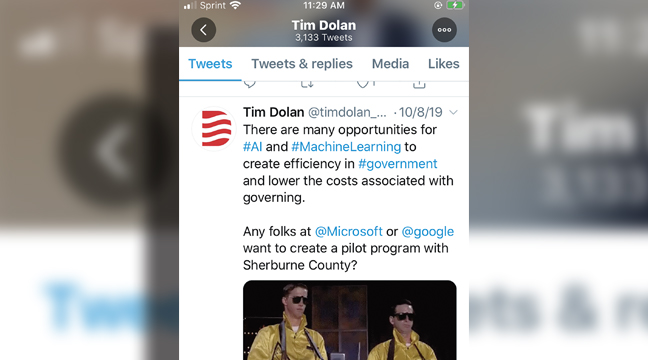 Previous Next
Commissioner Tim Dolan will be a presenter at Google’s first ever Public Sector Summit. (Submitted Photos).
Sean Maday, pictured with his wife, Ivy, and children: Andi, Iris and Elsi. Maday created the Engaged Citizens project which led to a first in the world partnership between Google and Sherburne County.
Dolan’s tweet which spurred the partnership (Photo from Twitter).

What started as a simple tweet sent by Sherburne County Commissioner Tim Dolan one year ago has blossomed into a first in the world partnership between the technology giant Google and Sherburne County aimed at bringing a new level of transparency to local government.

Long a fan of anything involving technology, Dolan was interested in how artificial intelligence and machine learning could be leveraged to help increase citizen engagement.  Figuring he had nothing to lose, he tweeted at Google and Microsoft wondering if either was interested in a pilot project that could benefit both their business and county government.

“I’ve always been on the tech side of things and how it can offer both value and efficiency,” said Dolan.  “I tweeted out to the two companies because we need to do a better job as using these technologies in local government.”

The next day, Dolan had a phone call from the upper echelon at Google with an offer to work together to implement a newly developed technology.

Dubbed “Engaged Citizens”, the project is the brainchild of Engineering Manager Sean Maday, who also serves as Google’s Chief Technology Officer for its Department of Defense account.  He’s an Air Force reservist who has a keen interest in local units of government and how they operate.  He’s also an incredibly busy professional who has a family and he was finding it difficult to keep up with the local government affairs in his hometown of Superior, Colorado.

“It’s a passion project trying to promote an open government doctrine around the United States,” says Maday, who has Minnesota ties as his wife grew up at her family’s resort on Lake of the Woods.

“There’s something like 3,100 counties in the country and other local units like water districts, schools and electric coops.  It’s the engagement of the citizens that makes a democratic republic work.”

Looking for a solution, Maday worked with his local community government on a proof of concept project just to see the possibilities of his technology.

How does it work?

In layman’s terms, here’s a simplified description of how it all works.  Maday’s project takes video files, audio recordings and written records such as the official minutes of governmental meetings and utilizes Google technology to create a text format and then it indexes the data.  Next, it creates a searchable database of the text that interested parties can utilize to search for specific information.

For example, citizens can search for key terms such as a specific roadway or park name and the results become easily identifiable in the historical record.  For audio or video recorded meetings, the search tool also produces a time stamp so the interested party knows the exact location in the file where the important topic was discussed.

“A person can click on that index and it brings them right to the spot in the minutes or the audio or video file where that topic was discussed,” said Dolan.  “It allows the citizen to look directly at what they wanted to know more about without having to go through the entire meeting.  From a transparency perspective we think it will help dramatically.”

In addition to the benefits for taxpayers, Dolan also noted the uses of the program for members of the media and even staff or other elected officials looking for a historical perspective on a project or an issue.

“When we are dealing with an issue, we are able to go back and reference quickly when that policy was created or look up the discussion that was had or the extenuating circumstances,” said Dolan.   “In local government it’s going to be awesome and imagine if we could get the state to do this.  It’s going to drive engagement.”

It was in November of 2019, about a month after his tweet, that Google sent a team, including Maday, to Sherburne County to meet with department heads and other staff to discuss how the idea could move forward.  It wasn’t just about the Engaged Citizens project, but additionally how government could leverage artificial intelligence and machine learning.

“We met and brainstormed about things that we could use this technology for and the problems we could solve,” said Dolan.  “A lot of those things still have legs and we’re exploring them.”

It was also at that meeting that Dolan and Maday struck up a friendship that is rooted in each man’s desire to see government become more accessible to the citizenry it serves.

“What Sean and I realized is that people’s ability to engage with government often relies on hours upon hours of sifting through meetings or agendas and not many people have the time or desire to do that,” said Dolan.  “They are often looking for one thing specifically and this will help us bring that value to the taxpayers.”

As the combined team finished up its work, Google had one more surprise in store for the local officials.  The company offered to pay for the entire project.

There were no implementation costs to Sherburne County other than some minimal staff time from the IT department to help in developing the platform.

The result is that Sherburne County will be the first unit of government in the world to implement the project.   Dolan expects the searchable database to be linked to the Sherburne County website within the next few days.  It will start with the video recorded meetings from the past couple of years and expand as more historical data is fed into the tool.

For Maday, the visit to Sherburne County was an exciting time to be involved in the government process.

“It was neat to see a group of people asking themselves what is the art of the possible,” said Maday.  “We led an inspired conversation for a couple of hours and it was great to see elected leaders and professional staff thinking about better ways to serve the citizenry.”

In addition to shepherding its local launch, Dolan was also invited to present at Google’s first ever Public Sector Summit.  He, along with a few members of the Google team, will roll out the  project to the rest of the world, as the company continues its recent investment into the public sector.

The summit is being held virtually this year in November, with his part of the program scheduled for recording this past week.

Maday hopes that his project will drive citizen engagement and make government more responsive in the future.  Because his work is published as open-source software, he expects others will be able to interface with the tool and create additional opportunities.  How far does he expect it to go?

“I think this is representative of the way technology is making human interaction more understandable,” said Maday.  “There is important work done by government at all levels and yet it’s harder for busy citizens to stay up to date. Maybe we can make this content more discoverable and get people involved in government earlier in the process.”

One thing is for sure, the entire world will be watching to see how the Sherburne-Google experiment in government transparency turns out.