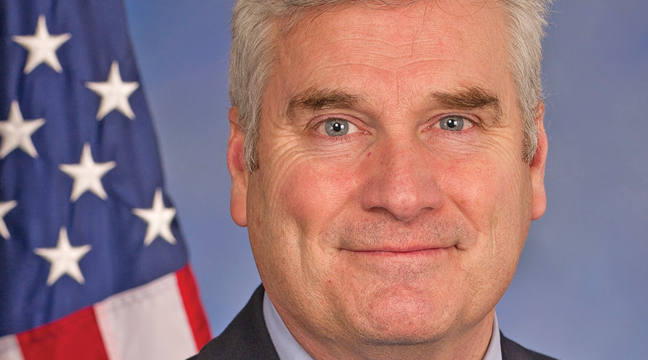 Last week was a busy one. Let’s recap:

We saw perhaps one of the most significant Supreme Court decisions in a generation. After forty-nine years, the Court’s 6-3 decision in Dobbs v. Jackson gives each state – and the voters residing there – the ability to regulate abortion.

On the House floor, we voted on gun legislation that contained some beneficial provisions on mental health services and school safety. However, it also included language expanding the use of ‘red flag’ laws— changes I have consistently opposed because of the numerous due process and Second Amendment concerns that come with them.

The House also adopted mental health reform legislation, a bill which I helped to draft. You can read more about this legislation below.

And on one final, sad note: this weekend we lost a good friend and Delano resident, Andrew Lee. Many of you know Drew from his regular morning program on Twin Cities News Talk, “Justice & Drew.” Although Drew wasn’t born in Minnesota, he and his family made our state his home and cared for it deeply. We will miss him dearly, and I will always be thankful for having the opportunity to join Drew, Jon, and Sam each week on the show.

Over the last year, we have heard overwhelming concerns from constituents who have been crushed by rising prices. Alarmingly, the tools that the government uses to calculate consumer prices leave out key categories, like energy costs, which means that inflation levels are likely significantly higher than the numbers we see reported on the news.

Last week, we had the opportunity to question Federal Reserve Chair Powell as part of a House Financial Services Committee hearing “Monetary Policy and the State of the Economy.” I was disappointed that Chair Powell would not share his thoughts on the impact that the $1.9 trillion “American Rescue Plan” had on the inflation we’re seeing today, or whether or not additional federal spending will further the inflationary pressures Americans continue to grapple with.

We know what must be done to bring down consumer prices: we must put the government on a strict spending diet. We will continue to push for a return to fiscal sanity in Congress, with or without the support of the Fed.

Last week, we passed key legislation to improve the accessibility of mental health services for Americans in need, called the Restoring Hope for Mental Health and Well-Being Act.

The bill contains provisions from two bills we led, including part of the Due Process Continuity of Care Act which allows juvenile detainees to continue receiving existing Medicaid-funded mental health care while awaiting trial. Accused juvenile offenders are forced to stop their routine of Medicaid-provided mental health care while awaiting trial, losing crucial support when they need it most.

Additionally, the bill includes a version of the Behavioral Health Coordination and Communication Act, which creates an office within the Department of Health and Human Services to streamline behavioral health crisis intervention. While programs to address mental health and substance use disorders exist, they are often redundant and lack clear direction. This legislation will help streamline the government’s response, making it less wasteful and more effective.

As a whole, this legislation is a major victory for the safety and health of our communities. Both of our initiatives included in the bill support those in dire need of care and prevent our jails from being forced to become providers of last resort. We are pleased to see this bipartisan legislation pass the House and hope it will be taken up quickly in the Senate.

The opioid crisis is impacting every community in America, with often deadly results. In fact, last year the United States saw its highest-ever levels of overdose deaths. According to the National Institute on Drug Abuse, roughly 21-29% of patients prescribed opioids misuse them, with 8-12% of those prescribed opioids developing an addiction.

It is crucial that prescription drugs are stored carefully and disposed of safely. This week, I sent a bipartisan letter urging Food and Drug Administration (FDA) Commissioner Robert Califf to strengthen the FDA’s proposed guidance on opioid disposal. The administration’s proposed rule fails to address concerns about how rural and indigenous communities—both of which struggle with acute opioid concerns--can safely dispose of these drugs.

As food shortages loom on the horizon, we have been increasingly concerned about the Chinese government’s attempts to buy up American farmland. In the last decade, Chinese holdings of U.S. ag land has increased tenfold. You can read more about my work to address this threat in my latest blog post.