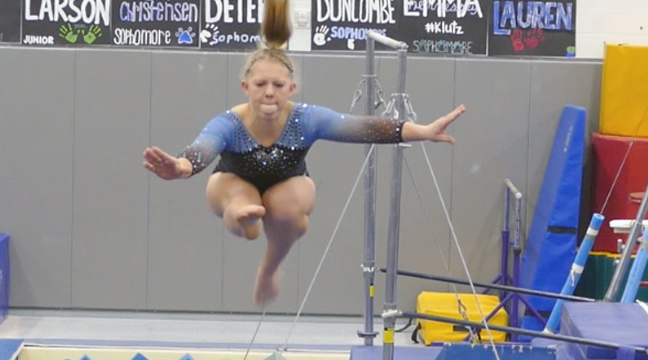 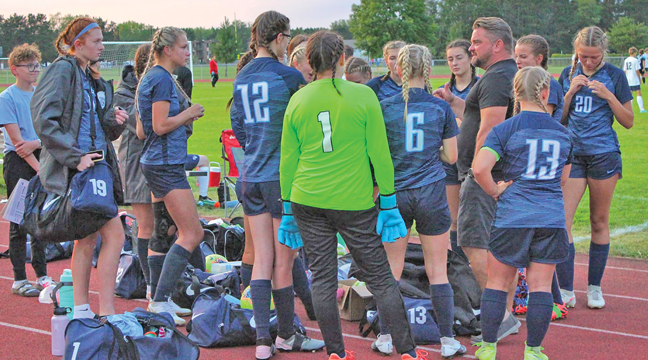 Previous Next
RILEY NORBERG protected the ball from a Hornet defender as she prepared to make a move on the ball. (Submitted Photo)
COACH STROM (R) gave a pregame speech before the Big Lake match Sept. 14. (Submitted Photo)

Becker fell down 3-0 in first 10 minutes until junior Rachel Fuller passed to senior Riley Norberg for Becker’s lone goal at 29:37 left in first half.

“Amanda was bothered by pain in her knee at the beginning of the game,” said Strom. “It looked like she tweaked it out there, because she wasn’t able to come off her line like she has. So I put Liz in.”

At 4:10 left before halftime, a scary scene occurred when the Bulldogs leading scorer, junior Hailey Szabla, was taken off the field by ambulance after colliding with a St. Francis player.

“We are happy to report that she was released the following day and is doing well,” said Strom.

“We just weren’t mentally in the game after a situation like that,”  said Becker’s head coach.

St. Francis scored another four goals in the first 10 minutes of the second half. The Bulldogs were able to keep the extremely aggressive Fighting Saints off the scoreboard for the final 24 minutes.

Becker hosted Big Lake at home Sept. 14 and the match was left undecided.

Being that the match was promoted as “youth night”, any youth wearing soccer jerzies from their club team or favorite professional team got in free.Miniature soccer balls were tossed into the crowd during Becker’s introduction and prizes were given out during a halftime shootout at midfield for kids eighth grade and under.

Both teams had scoring opportunities on a breezy, yet cool evening, including a couple shots that rang off the crossbars.

Unfortunately for the clubs and the fans, the match ended in a 0-0 draw after two overtime sessions.

On a silly note, the Becker Bulldog girls riled  the Hornet’s goalkeeper by crashing the net, looking for a mishandled rebound. The keeper would fall on the ball and have collapsing Bulldogs right there on her front porch.

“Big Lake’s goalkeeper kept them in the game,” Strom said. “We controlled the game and moved the ball well. Unfortunately, we couldn’t put one away. The girls worked so hard.” 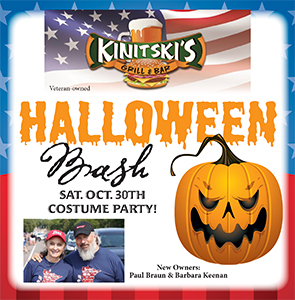