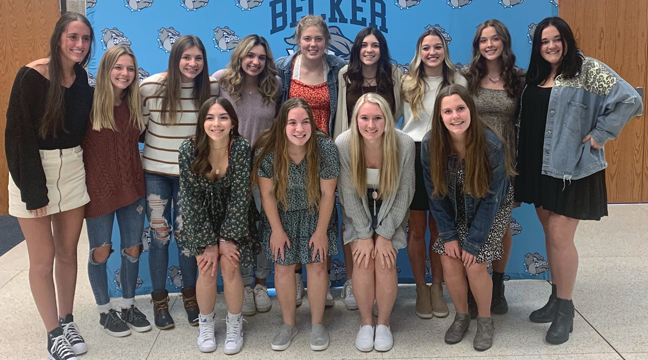 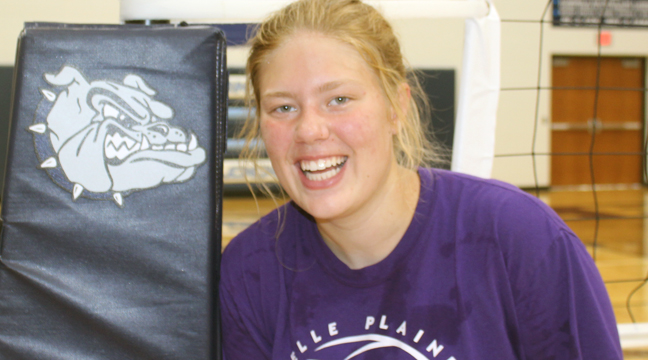 Head Coach Patty Lindbom and the Becker Bulldog volleyball players met last week for the team’s annual banquet, where award winners were announced and the season was celebrated.

Lindbom honored each of the seniors on the team, and applauded them for their contributions to the program over the years.

“This year’s seniors will be greatly missed on the court,” Lindbom said.

Also earning at least their second letters in the sport were an experienced group in Cami Ramola, Alexa Willliams, Alexis Goebel, and Evelyn Kreft.

In a nod to the academic prowess on the team, the Scholar Athlete award was presented to Macy Spear, whose cumulative GPA is 4.0.

Blomquist was honored as the Defensive Player of the Year with her 114 digs on the season, while Alexis Goebel won the Most Improved award.

Evelyn Kreft was named the team’s MVP, as she amassed 104 kills, a .167 hitting percentage and 40 blocks on the season. She also was the lone Bulldog named Mississippi 8 All Conference, while Cami Ramola and Maya Wenner each earned M8 Honorable Mentions.

Ramola, Blomquist and Goebel were then honored for their work as captains for this season.

As Lindbom and the coaching staff said good-bye to this year’s seniors, she also noted the excitement she has for the returning players.

“We are excited for the upcoming players next year,” said Lindbom.