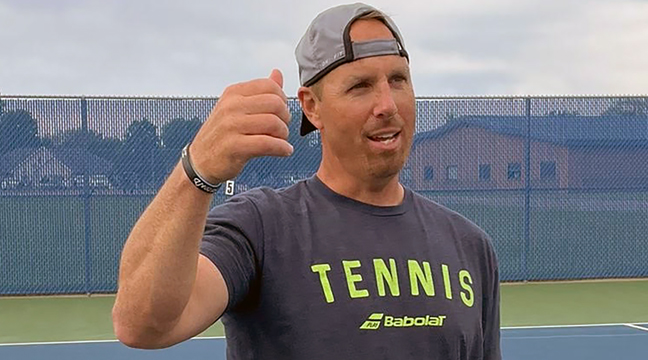 The Becker Bulldog boys tennis team had a record-setting spring, qualifying for the state tournament for the first time in program history and setting a program record for wins in a season.

This week, the man in charge of the program, Hokan Bengtson, was honored by being named the MSHSL Class AA Coach of the Year.

“I am humbled and honored to be selected as the AA Coach of the Year,” Bengtson said. “This is truly an honor and a blessing. It really is a tribute to the players and coaches that have worked so hard to get our program to this point.”

State tennis coaches vote on the eight Section Coaches of the Year and then those eight winners are up for the state award.

“There are many coaches in AA that are worthy of this award, so I am thankful to my peers that voted for me and again humbled, thankful and blessed to receive this award,” Bengtson added.  “This year we had a lot of help behind the scenes by Brent Scheideman, Phil Gudim, Jason Dilly, Steve Borst, Aggie Lewendowski, Caleb Quernemoen, and a host of excellent players and parents.”