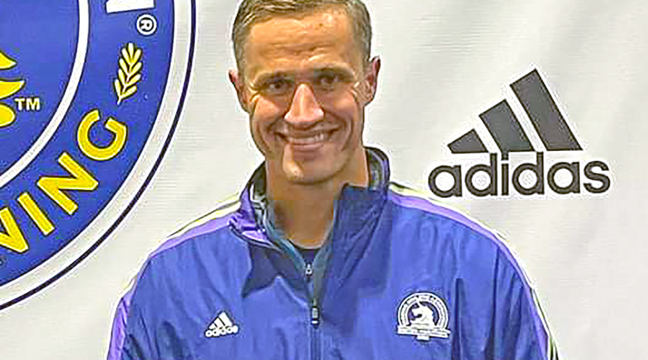 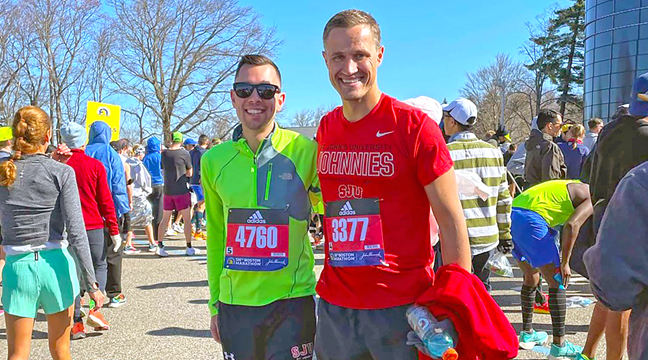 Brandon Kasper, Becker graduate, had this to say about competing 26.2 miles in the Boston Marathon recently: “I had the absolute time of my life!” It was the culmination of 18 weeks of training and seven years of dreaming. Kasper described the course as ‘crushing, but incredibly fun’.

The first 16 miles are mostly downhill and Kasper ran very hard those first first 16 miles. Kasper says he got crushed in the Newton Hills around mile 17 during the second half of the race. It is uphill from that point through Heartbreak Hill at mile 21.

The support of all his family and friends carried Kasper through those painful last few miles. Kasper wishes to thank everyone who made the race possible and also thanks the city of Boston for an incredible weekend. Kasper’s time was 3:08:54 and he feels wonderful about that accomplishment. He shared that when he first arrived in the city of Boston, the noise of the thousands spectators on hand for the race gave him the endurance to make it to the finish line on Boylston St.

The marathon takes place on Patriots Day in Boston on the third Monday of April every year. This is the first time the Boston Marathon has been held since April of 2019 (pre-COVID).

As a fun way to motivate Kasper during his training, he decided to do a fundraiser for the American Cancer Society and individuals could “sponsor” his run by donation. In total, Kasper raised $4,238.00.