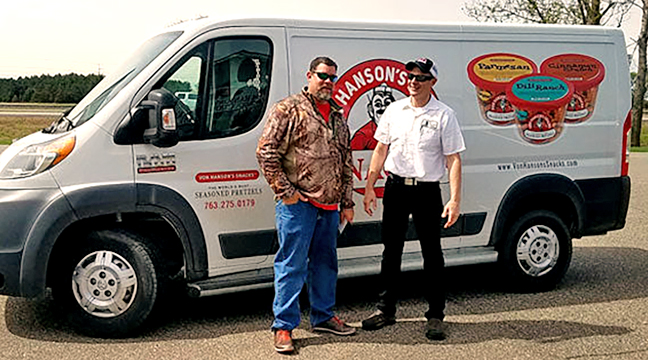 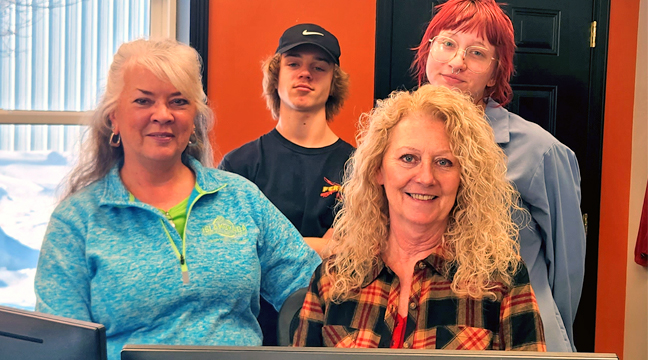 Von Hanson’s Snacks, a snack manufacturer in Becker, is planning an expansion. The company has called Becker its home since 2017. Recently, the company acquired the building next to their manufacturing plant on First St. and are planning to expand their operation as their popularity, and demand, increases.

Jon Tennessen and Craig Machholz, the founders of Von Hanson’s Snacks, are the owners of Von Hanson’s Meats in Monticello. The pair had a couple of employees who were excellent workers who wished to take management roles at the business. Tennessen and Machholz decided to step aside and let the new leadership move in, but were not yet ready for retirement.

At that time, Von Hanson’s corporation produced dill ranch flavor pretzels. The pair decided to look into creating and manufacturing new pretzel flavors, starting in the back of their Monticello shop. The first new flavors introduced were dill parmesan and mustard. The new flavors became a local hit, and the duo, with help from their spouses, looked to expand their operation.

They found a place in Becker, and have been working at their facility there since 2017.

While many businesses were negatively impacted by COVID-19, Von Hanson’s Snacks was set up to boom as the disease shut down manufacturers around the nation. The facility is most automated, operating with only 15 employees.

By the time the pandemic hit, Lupulin Brewing had been a customer of Von Hanson’s Snacks for some time, selling the pretzels in their taproom. Lupulin has a sister taproom in South Dakota, and the individual who runs the taproom there also has an online boutique. Via a forum for boutique owners, this person raved about the pretzels to their peers, and suddenly Von Hanson’s Snacks was on the radar for lots of different businesses. New customer requests had Von Hanson’s Snacks distributing their product across the midwest, and then across the nation (even selling products in the Virgin Islands). Laurie Tennessen, Jon Tennessen’s wife, said that they had to learn a lot about distribution in a short amount of time.

The seven flavors of pretzels, and newly introduced meat snack sticks (distributed only locally at the moment, as they require refrigeration), are available at corporate locations like Scheels and Runnings, as well as at convenience stores and other local businesses. For those interested, there is a map on VonHansonsSnacks.com showing commercial locations where their products may be purchased.

Laurie noted that the growth has been absolutely crazy, especially considering that not so many years ago, the pretzels were being made in the back of the meat shop, and the containers were labeled at home by her own mother.

Von Hanson’s Snacks purchased the building next to their facility when the previous owners decided to close their business. Currently, the building is used mainly as storage for non-food items (such as containers and lids for the pretzels). With the increased space, the business will be able to offer their products in bags in addition to the current plastic containers, as some of their retailers have requested. They may even create single-serving bags which could be sold to airlines. A new machine for making the pretzels could increase the manufacturer’s capacity, and so the owners are excited about the project.

Through the expansion, the owners did not anticipate needing more staff. Their hard working employees are incredibly loyal to the business, according to Laurie. Their back-end manager joined them full time after graduating, having worked for them in high school, and chose to make his career with the manufacturer. Most of the staff consists of part-time workers, mainly high-school students and retirees. Laurie suspected that although they may not need to bring in more employees with the expansion, but anticipated everyone’s jobs would become a little more specific, as certain employees would focus more on shipping or customer relations, whereas all the employees currently do a little bit of everything.

In all, Laurie said that Von Hanson’s Snacks was happy to call Becker home, and was excited to see what the future would bring for the company.