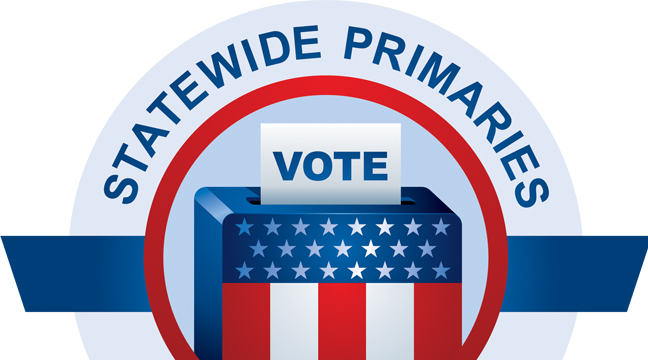 Don’t forget that this Tuesday, Aug. 9, is this year’s state election primary being held at a location near you!

A state primary election determines which candidates will be on the ballot in the November general election.

For example, five candidates from one political party might run for governor. Only one candidate can be on the ballot in November. The winner of the August primary election will represent their party on the November election ballot.

Partisan offices will list a political party next to a candidate’s name on the ballot. All state and federal offices—such as U.S. representative or Minnesota senator—are partisan offices.

Partisan candidates will be listed in multiple columns on the primary ballot. Each column will list the candidates for one major party.

Nonpartisan offices will not list a political party next to a candidate’s name on the ballot. For example, county, city, township and school board offices are nonpartisan.

Nonpartisan offices will be listed on the back side of the primary ballot. One can vote for any candidate. The candidates who get the most votes will be on the November general election ballot.

Two of the commissioner districts — District 2 and District 4 — have terms that are up this year. District 2 is currently represented by Raeanne Danielowski, of Big Lake and she is running against Paul Fanberg and Jacob Peterson. The District 4 seat is currently held by Felix Schmiesing, of Palmer Township. Schmiesing announced earlier this year that he is retiring after 20 years on the County Board and will not run for reelection. Gary Gray, Jerome “Lefty” Kleis, Carol Lewis, Eric Meyer and Kari Watkins have filed to run for Schmiesing’s seat.

Two other commissioner elections in District 1 and District 3 are triggered by redistricting — the process of redrawing the boundaries of the county commissioner districts to account for population changes after the 2020 census. Barb Burandt, of Elk River, currently represents District 1 and she is running against Andrew Hulse. Tim Dolan, also of Elk River, represents District 3 and he recently announced he will not be seeking re-election this fall. Gregg Felber and Mark Swanson have put their hats in the ring for the District 3 seat.

The only commissioner seat that will not be up for election this fall is District 5. Lisa Fobbe, of Princeton, currently represents that district.

Along with the commissioner seats, the county attorney, auditor-treasurer, sheriff and recorder, are also on the ballot this year in Sherburne County. Incumbent Diane Arnold and Chad Westberg are running for the county auditor-treasurer seat and incumbent Michelle Ashe is running unopposed for re-election as county recorder.

Former Rep. Jim Newberger is running for the Republican endorsement against two other opponenets in District 10 which includes parts of the communities of Aitkin, Onamia, Milaca and Little Falls.

Becker HS Grad Blake Paulson (Republican Party) is running for election to the Minnesota House of Representatives to represent District 10B. He is on the ballot in the Republican primary on August 9, 2022 against two GOP opponenets. District 10B serves parts of Milaca, Ogilvie, Pease, Royalton, Buckman, Morrill and Upsala.

What’s on my Ballot?

For the most part, each ballot will feature the race for Governor and Lt. Governor of the State of Minnesota as well as Secretary of State and Attorney General. Some ballots in some districts will also feature candidates for area school boards that have more than three candidates running for a seat on the boards