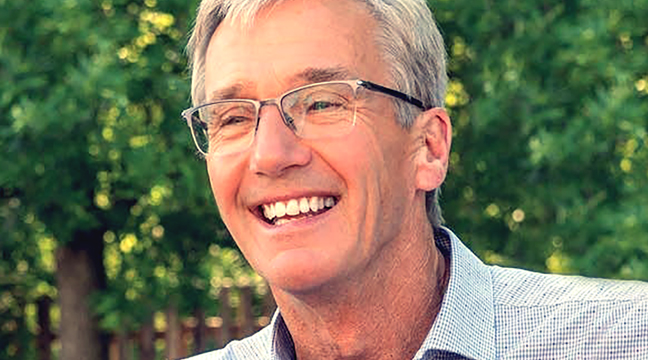 (Editor’s Note: Patriot reporter, Mark Kolbinger, was in Ely last weekend helping his daughter with her business when Dr. Scott Jensen stopped by the Blueberry Festival.  Mark secured a 30 minute exclusive interview with the candidate and below is a synopsis of what they talked about. The Patriot has also reached out to the campaign of Gov. Tim Walz but have not heard back.)

Our first question related to energy policy, as that continues to be a prominent issue for our readers.  Jensen said he is advocating for an “all of the above” approach to ensuring a safe and reliable electric grid for Minnesotans.

He listed removing the nuclear moratorium, utilizing all sources of energy and removing the electric car mandates as his top priorities in the energy sector.

Jensen said that the nuclear moratorium was put in place some 25 years ago when people were locked into “the mindset of Chernobyl”.

“But nuclear power has become so much more advanced,” Jensen said. “We need to recognize that this isn’t an either we do ‘this’ or ‘this’ – we need to do all of it including looking at small modular nuclear reactors.”

“On a good day, wind and solar don’t supply 10% of our grid’s needs,” Jensen said. “Does it make any sense to shut down a relatively clean coal burning plant like at Sherco?  It makes no sense at all.  There will come a day - whether its 50 or 100 years from now – but right now we need it.”

When it comes to the electric cars and their charging needs, Jensen said he believes our grid cannot handle the extra capacity needed to accomplish the current mandate.

“We already have a grid that is taxed pretty heavily, and if we start adding a 75 amp charging station in every home, we don’t have that capacity,” Jensen said, before citing information about Ford’s new electric F-150 pickup truck. “Conceptually, the California car mandates don’t work in Minnesota... farmers and those in greater Minnesota need to be able to drive more than 200 miles before stopping to re-charge.”

Jensen also pointed out his stance on the shortcomings of the MN Public Utilities Commission, which he called “remarkably deficient” in doing its job.

“The PUC has become way too political and it’s the worst place to re-pay political favors,” Jensen said. “When you put politicians in place (as commissioners), they get too much power and control... we need experts in base load energy on there.”

Crime was the topic of the next question asked, with Jensen focusing on the recent MN Sentencing Guidelines Commission discussion about not factoring the probationary status of offenders if they commit a new crime.

“The sentencing commission is saying that if someone commits a crime while on probation, we shouldn’t hold that against them,” Jensen said. “That’s the dumbest thing I’ve ever heard.”

Jensen said probation is used so people can prove that they can change their behavior and told an anecdote of his own time in traffic court as proof that probation can be effective.

When pressed on the current state of crime in the state, Jensen referenced the case of Jacob Gunn, who pleaded guilty this summer to firing a weapon last year at a car occupied by two adults and two children - one and four years old. The vehicle was struck three times, and Gunn faced felony charges that could have led to as much as 17 years in prison. Instead, a plea bargain was reached that requires just several months of probation and no prison time for Gunn, who could see all the felony charges dismissed.

“What’s the deterrent for this guy to not do that again?” Jensen asked. “We need to put people on the sentencing commission that will honor the law and do what they are supposed to do.  A mandated minimum sentence is just that - it’s a mandate.”

When asked about the state of Minnesota’s economy, Jensen said that we are in a recession based on having two quarters of negative growth.

In addition, he signaled that on the first day of a Jensen administration, his priorities would be to override the emergency powers law so that the legislature has to vote to approve gubernatorial emergency powers on an ongoing basis.  Photo ID voting requirements, school choice and expanded gun laws were also on his list for top priorities in his administration’s early days.

Jensen will face off with Incumbent Democratic Governor Tim Walz in this year’s General Election on November 8th. The Patriot has repeatedly reached out to the Walz campaign seeking comment.