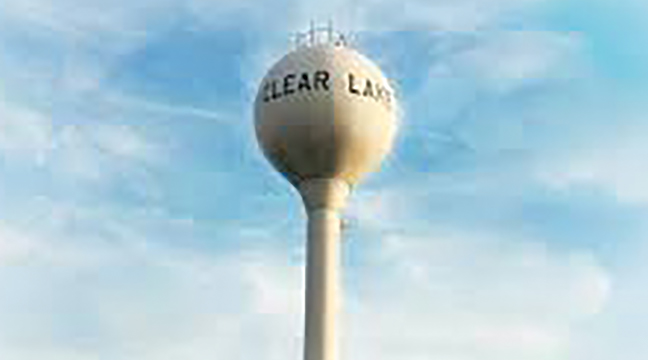 The Clear Lake City Council met Nov. 4 and learned it will be welcoming a new member to its ranks starting in January.

Stefany Janish will be joining the council, after being elected to take the spot of Bob Arnold who chose not to seek re-election this year.  Incumbent Mayor Tim Goenner, as well as current council member Karen White were both re-elected to new terms as well.

In addition to the election results, the council approved several other agenda items with several having ties to the COVID pandemic.

The Clear Lake Fire Dept. has been looking to increase its capabilities to respond to a variety of calls by upgrading its fleet of rescue tools.  With the new utensils and instruments identified, funding was the only roadblock.  The CLFD relief association stepped up to pay for half the cost of the extrication tools so their donation was accepted by council.  The new tools will be more portable than the current set and will also be battery operated and submersible, allowing for more diverse application in a variety of rescue and confined space settings.

In other fire department news, the council also accepted a donation from the Palmer Twp. Board from their CARES Act funds that will be used towards the purchase of new turnout gear.

Next, the Clear Lake Twp. Board reported to council that their new building is completed and all future township meetings will be held at the new location.  The board thanked council for the opportunity to use the city chambers for their meetings during the construction of the new hall.

In a continuation of a previous discussion, the council approved a letter of support to Sherco regarding the establishment of the Geronimo Energy solar garden that is being proposed for Clear Lake Twp.  While still in the planning stages, the solar farm could be a major development including more than 2,000 acres of property that lie to the south of the city, with some land falling in the urban expansion zone.

Finally, council learned that a community library box has been donated and will be located in a spot somewhere within the Hunter Lake Bluffs development.  Similar to other “little free libraries”, the structure will operate as a resource within the community for people looking to share books with one another.

In other action, due to the increase in COVID-19 cases locally, the council decided to hold all meetings remotely until at least the end of the year.

The next virtual meeting will take place Dec. 7.