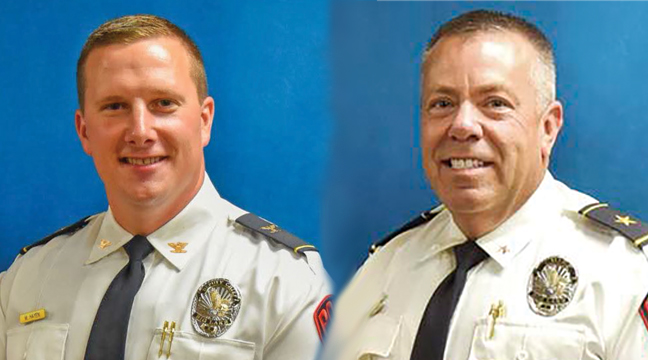 Police Chief Matt Hayen, who was under investigation following a complaint several months ago, has resigned.

Hayen’s resignation was accepted last week by city council after the city hired a private investigative agency who determined Hayen made “multiple untruthful and inaccurate statements” and violated department policy after he and former Chief Joel Scharf bought handguns in Plymouth last July.

Scharf resigned in May of 2021 for a medical reason, citing PTSD, and he and his wife moved to Arizona shortly thereafter. It was later learned he was under investigation for alleged unfair election practices when a website and paraphernalia were created to discourage voters from electing Ken Halvorson to a city council seat.

Scharf denied all allegations in the investigation, then stopped talking to investigators after he was told the IP address could be traced back to his Big Lake home.

In July, Hayen was sworn-in at a council meeting to become the city’s newest chief. Less than a month later, Hayen was put on administrative leave following a complaint that was filed against him, eventually being attributed to Scharf. (Scharf confirmed he submitted a written complaint to CA Clay Wilfhart on Aug. 23 alleging that Hayen altered the July 28 letter from Wilfhart regarding the purchase of a firearm from Streicher’s).

A report filed said that animosity had developed between Hayen and Scharf stemming from Scharf’s investigation by the BCA. Prior to the animosity, Scharf and Hayen met at Streicher’s Police Supply in Plymouth in July to purchase two firearms that were being “retired.” Hayen was on duty, in uniform and driving a BLPD squad car. One of the handguns was Scharf’s old firearm from his days on the force and he planned to purchase the weapon, but was denied due to his new address in Arizona.

According to the investigation, that forced Hayen into being the buyer of both weapons, which he only had authorization to buy one. According to investigators, Hayen changed the form letter from one handgun to two while he stood at the counter of the store — a violation of a federal code in buying/transferring firearms. A person convicted of such a charge could be imprisoned for up to 10 years and fined up to $250,000.

The investigation shows Hayen “falsely attested that he was the buyer of the firearm” that Scharf bought.

The U.S. Attorney’s Office declined to file criminal charges against Hayen, but the ATF sent him a warning notice of straw purchasing. Buying a gun for someone who is prohibited by law from possessing one or for someone who does not want his or her name associated with the transaction is a “straw purchase.”

According to the investigation, there are two versions of the bill of sale exchanged between Hayen and Scharf. The original was prepared by Hayen and texted to Scharf later on July 28. Hayen signed on Scharf’s behalf, with Scharf’s permission. Scharf was on the road and did not look closely at the bill of sale at the time.

Later (on or about Aug. 11) Scharf realized that the bill of sale stated incorrectly that he had paid Hayen cash for the gun. There had been no exchange of cash between Scharf and Hayen — said Scharf — and the dollar amount on the bill of sale ($516.12) included both the gun and Yeti coolers. On Aug. 16, Scharf emailed Hayen a corrected copy of the bill of sale, stating accurately that Scharf had paid Streicher’s directly for the gun with a new signature, along with Streicher’s receipt. Hayen emailed back, thanking Scharf for the documents and did not raise any objections. Scharf and Hayen did not have any further communications regarding the gun transaction.

As far as the BCA election investigation, Scharf admits he was interviewed by the BCA and that he spoke to Hayen and told him he was unsure that he would continue as chief, that he needed to take some time off and that Hayen needed to prepare himself to serve as acting chief. Scharf said he trusted Hayen with personal information, including that he would be exploring a medical separation based on a PTSD diagnosis.

About a week later, Hayen told Scharf that he had “left something slip” to Wilfhart, and that it was now necessary for him to give a statement to the BCA. Scharf later said the “slip up” was a lie and that Hayen himself had initiated his involvement in the BCA investigation.

According to reports, Hayen told the BCA that Scharf was “fleeing” Big Lake and was being forced to retire, which Scharf said is untrue, claiming Hayen had been planning all along to unseat Scharf as chief.

Asked whether his (Scharf) relationship with Hayen had changed between July 28 (the date of the Streicher’s transaction) and Aug. 16, Scharf said that what had changed was his realization that Hayen had used him to get what he wanted (the chief’s job) and then “tossed him aside.”

A week later, Scharf filed his complaint with the city.

As of this week, Sam Olson is the Acting Chief of Police with two dozen officers and investigators under his helm. 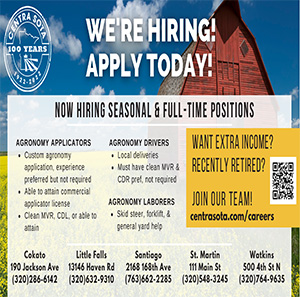