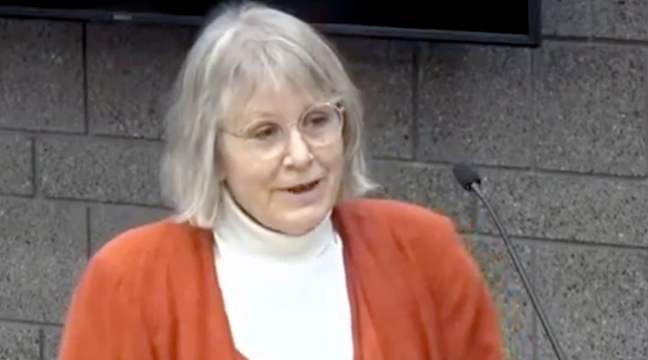 Heaney gave her annual report from the attorney’s office. She began by noting the quality of the Becker Police officers, stating that “[they] strive to always provide the highest level of service, and I think that should be noted and commended.”

Jan. 1, new legislation went into effect making it impossible to “certify and suspend,” meaning a person’s driver’s license may not be suspended due to failure to pay a fee for a speeding ticket, for example. Heaney predicts this will result in a drop in fines paid.

Heaney told the council that the “drug of choice” in the area leading to arrests is methamphetamine, followed by fentanyl (and other similar synthetic opioids.) Heaney hopes that legislation will pass to lower the threshold on how much of these synthetic opioids needed to be in the person’s possession in order to be charged. She reasons that these drugs are very cheap and lethal, being used to cut other drugs, and therefore are very dangerous.

As with last year, Heaney’s office is still dealing with a backlog of cases due to COVID-19. Council Member Rick Hendrickson noted that in other areas of the state, some individuals are not being prosecuted as much as they might have prior to the pandemic, but this is not the case in Sherburne County. Heaney replied that some sentencing tools have been out of reach during this time (sentence to serve, serve weekends, etc.). Even so, Heaney will not let her office become lax in sentencing in order to move through cases more quickly.

For the Economic Development Authority, Council Member Robin Dingmann noted that there is still a low inventory of pre-owned homes for sale in the area, with only three in the area code without any bids (at the time of the EDA meeting.) She noted that there is some interest in the lot near the McDonald’s and she was interested to see where that would lead. Finally, the EDA reviewed a spreadsheet which revealed how many acres of land will need to be developed in order to replace the taxes paid by Sherco. The city will be purchasing 212 acres which may be developed for housing or possibly for solar energy.

Public Works, Council Member Mike Doering reported, he will be making a proposal to the fire dept. for snow removal. They are also looking at violations in regards to driveway widths. Public Works will develop a plan to deal with this issue and then work with the planning commission or the city council to put the plan into action, meaning more changes to everyone’s favorite chapter of city code, chapter 11.

For the personnel committee, Mayor Tracy Bertram noted some changes in comp time, leave without pay, and paid time for nursing mothers, all of which was approved by council that evening in the consent agenda.