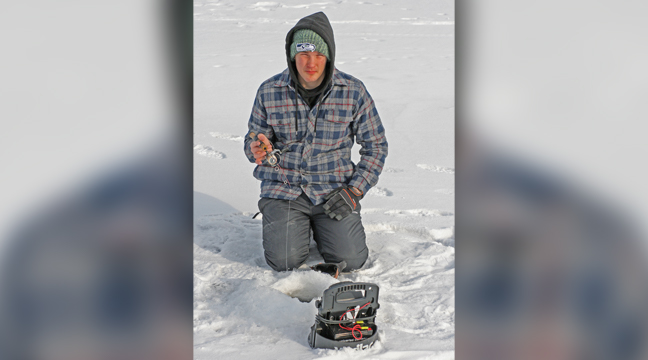 The Becker Bulldog football team headed into their final regular season game of the season against a stalwart opponent in the Willmar Cardinals.

It was homecoming for the Bulldogs and they were coming off back-to-back losses to Rocori and Hutchinson and were hoping to salvage an above-.500 record when they faced off against the 4-1 Cardinals. Willmar had just beat Big Lake the week before and was riding a two-game winning streak when they landed in Becker last Friday.

It was an explosive second quarter by the Bulldogs that sent a statement to Willmar that this bunch of boys were going to send a message that Becker is formidable on both sides of the ball.

QB Ryan Bengtson, playing with more and more confidence each week, had a superb game as he threw for three scores and ran for one in 9-of-15 passing for 150 yards. His first TD was a 35-yarder to Hunter Klatt in the first quarter that kick-started the home team’s drive.

Klatt also had a sparkling homecoming game as he reeled in Bengtson’s three passing TDs for scores — two in the second quarter. Klatt finished with 54 yards receiving, averaging 18 yards a catch.

Klatt’s scores from 35 yards out, 10 yards out and nine yards out, surrounded the one-yard TD plunge by Bengtson in the second quarter. Becker would dominate on both sides of the ball and as the first half horn sounded, the Bulldogs headed to the locker room up by a score of 28-0.

The defense was stellar and centered around Dylan Weber’s eight tackles and two sacks. Willmar turned the ball over seven times including six fumbles and one interception.

With the comfortable lead, the Bulldogs coasted offensively for much of the last two quarters, getting one more TD from Mason Rach in the third on a two-yard run. Kicker Zach Bengtson was dialed-in as he converted all five extra-points.

DeWall led all rushers with 61 yards on eight carries including a 20-yard ramble. Rach finished with 48 yards on 14 carries and K. Millard had 36 yards on six carries.

Becker finishes the regular season with a 3-2 record where they averaged 113 yards per game through the air and 145 yards on the ground. They had two games canceled against Chisago Lakes and Delano due to COVID-19.

(CANCELED) The Bulldogs will take on Big Lake, the winner of their play-in game with Zimmerman Tuesday night. The Becker/Big Lake game will be played at Becker on Saturday at 1 p.m. The winner will move on to play the winner of Delano/Princeton Friday, Nov. 27 for the Section 6AAAA Championship.