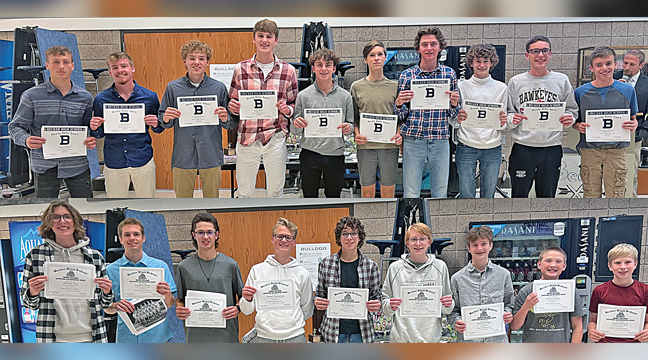 Letter Winners and Team Participants that were able to be in attendance. (Submitted Photo).

The Becker Boys held a cross country awards banquet this past week with a meal and reflections on a record-setting season.

After some thank yous by the coaching staff, the strong academic performances of the student-athletes within the team was pointed out as the boys team GPA earned them a Gold Award within the Mississippi 8 Conference. Several of the team members received spotlight on scholarship awards from the MSHSL.

Additionally, members of the team received conference academic awards and all-state academic honors for performances in the classroom and in races.

Recapping the season involved Coach Dustin Weege referencing records being broken a number of times.  This was the first season in known history that the Bulldog boys had multiple varsity invitational wins and placed in the top-third of all competitions through the season.  There also were many PRs accomplished throughout the season and some significant gains made.  Nine guys saw more than one minute of improvement in their times from last year while five boys had nearly four minutes worth of improvement.

Five JV and junior high ribbons were earned, and six awards earned in the varsity race (four all-conference and two honorable-mentions).  The Bulldogs had their highest-ever section finish in program history placing third (missing a state team berth by a mere four points).

The team also had the fastest recorded team average in Becker boys history, averaging 17:04 (49 seconds faster than the team’s previous record).  Their strong section performance led the Bulldogs to send a record number of four boys to state.  That doubled the previous record and it was an impressive feat. At the section meet, the fastest MSHSL time for a Becker runner was reached when Tyson Ricker ran a 16:07.2 (besting his earlier time) and put him 36 seconds faster than the next fastest Bulldog, which was Luke Lahr back in 2014.

Weege said the boys compete in an array of challenges during the seasons, records in those areas also got mentioned like Mason Becker’s 163 pushups and the repeat cross country games winners of Ryan Boecker, Jase Tobako, Denlan Harmoning, and Weston Denne.

The Bulldogs acknowledged 15 participants and 10 letterwinners on the season while also recognizing the two captains of Ricker and Tobako.

Ricker was announced as the “Most Valuable Teammate” and the “Most Dedicated” was Parker Spindler.  For “Most Improved” Tanner Felton was awarded while Aiden Frommelt was recognized as the “Most Improved JV/JrHigh”.  The “Rookie Award” was given to Alex Swanson while Brandt Hemmelgarn was awarded the “JV/JrH Rookie” certificate.  Thomas Cota was honored with the “Bulldog Award” and Caleb Reckelberg was the recipient of the “Scholar Athlete” award.

The seniors were also honored on the night.

“This class of seniors has been a special one as we embarked on a journey together with Coach Drury six years ago,” Weege said.  “Tyson, Ryan, and Caleb have been with us since we started while Mason, Noah, and Vincent joined a little later.  We’ve enjoyed the time together and we wish them the best as they venture forward. They will most certainly be missed.” 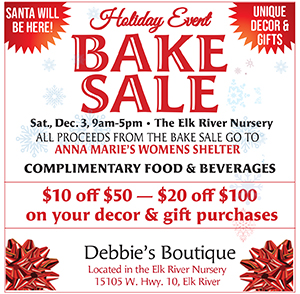 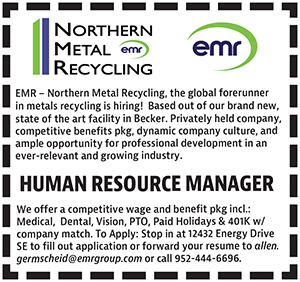