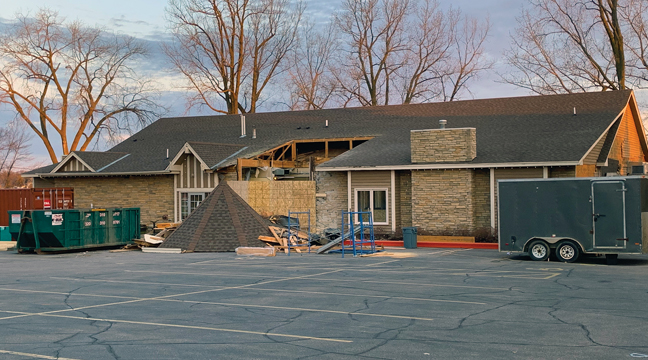 In what many social media activists describe as irreverence, the new owners of Russell’s on the Lake (Willy McCoys) took down the turret and conical roof as part of their reconstruction of the restaurant on Big Lake.

Though currently unsightly, the construction crews have been working diligently to renovate the buidling for an expected  grand opening sometime late spring or early summer.

It is reported the owner(s) plan to construct a large deck out back and have already installed several docks for boats to moor to during the summer.

Russell’s On the Lake closed their doors December 12. The restaurant/catering business has been a staple in Big Lake for 34 years.