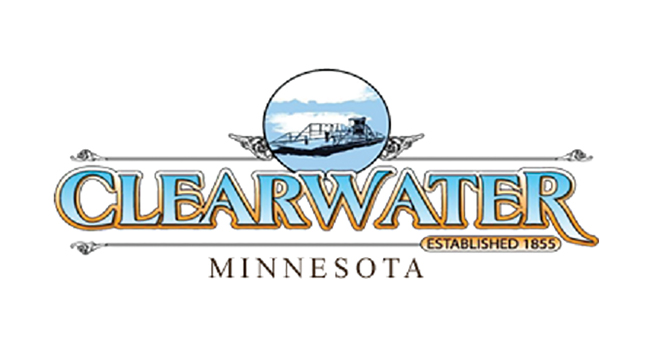 Music and Movies in the Park events approved for Clearwater

During their May meeting, Alyx Johnson from the Clear Valley Business Connection (CVBC) approached the Clearwater City Council to explain their request for special event permits for a series of Music in the Park/Movies in the Park events to be held summer evenings at El Dorado Park. The organization is also requesting the rental fees be waived as these will be community events, and with this being their first year holding the events on a large scale they aren’t sure of finances.

When questioned, Johnson explained the stage will be placed near the south side of the rugby field and additional garbage bins will be provided.

A motion carried to approve the special event permits and fee waivers.

Developer Pat Briggs approached the council to discuss the draft development agreement terms for his proposed Ash St. apartment project, noting that his financing is contingent on receiving 26 years of Tax Increment Financing (TIF) assistance. Pointing out the current rising interest rate and inflation, he asked the council to provide the maximum allowed assistance of 26 years.

Mayor Andrea Lawrence said she had reviewed the calculations further and is comfortable with the 20 years recommended by Northland Securities, the city’s financial advisor, and said she believes that number is generous as the council has to answer to the taxpayers.

Council Member Wayne Kruchten stated he is hesitant to provide any assistance, as there is limited land available in Clearwater and believes something will be built at the location eventually.

Briggs said his project will increase the city’s tax base once the project is completed, and that economic conditions and interest rates have changed rapidly since his application was submitted. When questioned on how interest rate increases impact the project versus how tax increases impact, Briggs said both have impacts, but he is only able to move incrementally on other factors, such as the cost of rent, to offset the increases.

After other council members indicated they were okay with the 20 year recommendation, a motion passed 4-1 authorizing 20 years of TIF assistance, with Kruchten voting against.

City Administrator Annita Smythe provided the council an overview of the requests from Adroit Properties for rezoning, site plan approval, and a conditional use permit for property recently annexed on Co. Road 75.

When asked how the project would impact traffic, Developer Chris Hanson stated they have around 100 trucks, but not all will be on-site or operating at the same time and not all are based locally. He indicated some traffic will occur but not at the scale of the Travel Plaza. He believes the project may add 30-35 employment positions over the next year.

During public forum, resident Scott Pesola approached the council to address city code violations at his property. He admitted he has had issues over the years but believes the property has improved.

Later in the meeting, Smythe informed the council about recent contacts with Pesola which gave her concerns about staff safety. Member Crandall will look into security camera options.

Smythe also noted that comments made by Pesola earlier in the meeting weren’t accurate and that staff has responded to his questions. The recent actions taken by him appear to be in response to the city’s attempt to enforce the existing court order related to his city code violations.

She explained her discussion with the city attorney regarding code enforcement at Pesola’s property and the attorney’s concerns about the October 2020 court order. The attorney advised that due to Pesola’s intent to fight the enforcement and the vagueness of the order’s content, the city should go back to court to request an amendment to the order before continuing with enforcement.

After discussion, the council’s consensus was to follow the advice of the city attorney, suspend the enforcement for now, and obtain an amended court order that specifically outlines what is to be removed from the property and what is to be done with those items.

The mural painter hasn’t completed the mural at Spring Street Park with the design changes the Park Commission had requested, so she will be asked to return in order to complete them.

A discussion was held regarding annexing the remaining city-owned parcel of Sportsman’s Park that was not previously annexed. Park Commission members didn’t wish to pursue acquisition of the parcels until the property owners reached out to the city.

The EDA’s new website is up and running, local business retention visits are occurring, the sign project is progressing, and there have been frontage road discussions.

During public form, James Theisen from Flintstones Lounge approached the council to promote the upcoming Legion Riders charity ride which will be held on June 26 and thanked the sheriff’s office and the city for supporting the event.

He also inquired as to the status of the pedestrian bridge project over I-94 and was informed the project was delayed while MnDOT completes a study of the Hwy. 24 corridor. Smythe noted the city has a resolution of support for MnDOT’s grant application for this study and Hwy. 24 improvements.

A motion carried to waive the park rental fees and security deposit for the public library’s August 10 event with the Raptor Center; the current space leased from the city doesn’t include outdoor space for events.

A motion carried approving Jason Lang for the open Lieutenant for Fire and Rescue Service position.

A motion carried approving the request to add a food shelf sign to the bottom of the Lions Park sign near the park entrance.

The next council meeting will be June 13 at 7 p.m.