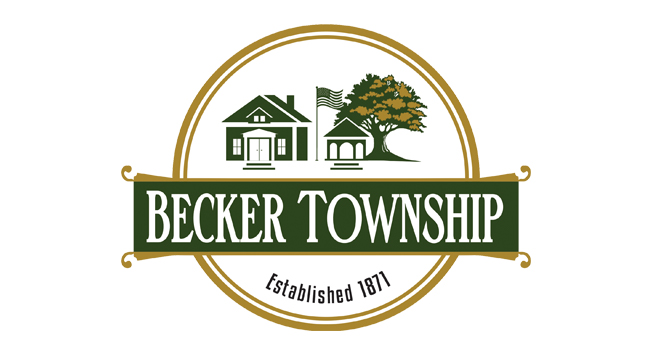 It was a case of road updates galore Monday evening as the Becker Township Board met and reviewed a number of transportation projects.

Engineer Wes Davis provided many of the updates, including the progress on 82nd St., which is being reconstructed with a wider road bed.

“The wear course, striping and shouldering should take place in the next couple of weeks,” Davis reported.

He also presented a change order in the amount of $16,053 that was unanimously approved. Originally it was thought that there would be enough base for the road with the reclamation of the existing asphalt, but because of the wider redevelopment of the road, additional material was needed for the shouldering project, thus the increase in costs.

Davis also noted that the work on 127th and 153rd should begin next week and again the township had decided to widen the road in an attempt to make it safer for drivers and pedestrians. Specifications are calling for an additional three feet of asphalt outside of the fog line on this project in order to facilitate more room for pedestrian activity.

Once the dirt work is completed on this project, the contractor plans to move its efforts to 164th and 170th so those needs can be addressed.

Finally, Davis asked for and received approval to make payments on the 67th St. projects, both of which were undertaken in cooperation with Santiago Twp.  Together, approximately $90,000 was spent on the asphalt and gravel portions of this roadway.

For the past few months, the township has been working with City of Becker staff to address a solar overlay project in cooperation with Xcel Energy. This project will provide some guidance for the energy company in siting new solar projects that more closely align with the two entities’ development goals.

City Staffer Jacob Sanders was at the meeting to update the board on the progress of the group and to announce that he expects to have more formalized proposals to present next month.

In an effort to speed up the cooperation, the board approved a motion authorizing Luke Babler and Chair Brian Kolbinger to work with the city on keeping the project moving forward.

Contractor Mark Limpert discussed the town hall hail damage claim that he has been working on for the past month. There are still issues with the insurance company, as they do not want to pay for new Cedar shake shingles on the town hall and instead have offered just $6,000 towards the claim. This is well short of the replacement costs that are outlined in the township’s insurance policy.

The board authorized Limpert to work with Twp. Attorney Kelli Bourgeois to work through the appeals process in an effort to refrain from using the “nuclear” option of going to the appraisal mediation resolution.

In Other Action, the Board:

• Heard several speeding complaints and an ATV/Dirt Bike concern from residents during the open forum. The board reminded the residents that MN State statute dictates speed limits with few local options to lower the limits on rural stretches of roadways. They did, however, pledge to work with homeowners in requesting extra patrol and will place signage if possible;

• Pledged to once again review their parking/idling vehicle nuisance ordinance to better clarify the intent of the rules, which were not designed to prohibit commercial truck drivers from being able to carry out the duties of their job. Planner Ben Wikstrom will be reviewing language from other governmental agencies and the township will review possible clarifications and changes at its next meeting. 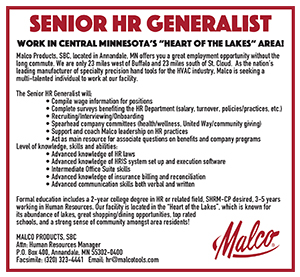