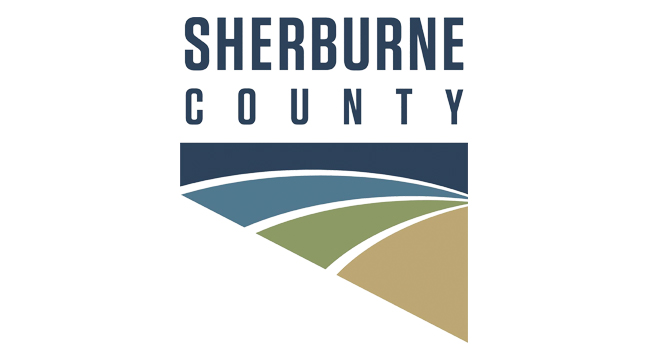 Members of the Sherburne County Board Tuesday weighed in on an ongoing debate over the county’s election system.

In recent weeks, during the open forum portion of the regular commissioner meetings, some members of the public have voiced their concerns over the Dominion Voting Machines the county uses to tabulate votes on election day.

They have offered testimony from computer and electronics experts about how the system could potentially be hacked by outside sources to alter vote totals and possibly change the results of an election. They spoke about outdated software on voting machines and about security regarding mail-in voting.

One of their ongoing requests has been to hold a public hearing or workshop with members of the board to discuss their concerns, in part, to convince the commissioners to get rid of Dominion Voting Machines.

To date, the board has not agreed to a workshop or hearing. But Tuesday, Auditor/Treasurer Diane Arnold, who is in charge of Sherburne County elections, gave an overview of the county’s entire election process to try to answer some of the security concerns.

She opened with a summary of how all election judges are required to go through training, and the fact that each political party is represented equally during the election process.

“We encourage election judges to sign up for the party of their choice so their name will be included on the list from which townships and cities will pull to make recommendations to their city councils and township boards,” she said.

Arnold said many people are not aware that all election equipment must be federally approved by the Election Assistance Commission (EAC) and tested and approved by the MN State Election Dept. before the county can even submit request for proposal (RFP) to purchase equipment.

She said that goes for all election equipment.

“That’s for any manufacturer of equipment, whether it’s Dominion, Hart or ES&S,” she said. All three of those are certified in Minnesota.

Testing is done before every election to make sure the machines are working properly. The tabulators are checked for accuracy by running a test on predetermined ballots and vote totals through each of the programs prior to tabulating the ballots.

“This is done by my office  and trained election staff,” she said.

Then an accuracy test is performed just before the election. Notice of the test is announced in the newspaper prior to the test for each city and township so the public can attend and observe. The county also conducts a public test.

Totals of the ballots from the public test are reviewed by election judges from each political party for accuracy. Those result tapes are saved in each precinct. Then the judges clear the memory card before the election to assure there are no votes on the tape.

“They  must also record any spoiled ballots, the number of ballots received, the number of new registrants and record any write-in ballots for any office from commissioners and up if they were registered with the Secretary of State prior to election day,” said Arnold. “All these have to be signed off by election judges from two parties prior ro transmitting the results to the county.”

Arnold said she gets new codes for each modem for each election. The codes are only activated during the election period and cancelled after each general election. The data is encrypted so when the election judges send the results to the county it comes to a secure  election server that is not on the county’s main server site or in the “cloud”.

“The judges give confirmation that the results have been transmitted successfully and they call my office to confirm they were received,” said Arnold. “Those results are added to the absentee ballot totals that were scanned in by the county and uploaded to the Secretary of State.”

Once the information is sent to the county, each precinct puts the equipment in a metal transfer case along with the signed tapes. Ballots are sealed in ballot boxes with seal numbers recorded by judges for both parties and stored at the precinct until the next day, when they are brought to the county. Tabulators are stored at the Sherburne History Center in a climate-controlled environment. Ballots are locked in a secure room for 22 months.

Election results are presented to the canvassing board, reviewed and signed by each member. Once they are certified, the results are sent by overnight mail to State Election Dept.

Arnold said the canvassing board randomly selects three precincts to have the ballots hand-counted at a public review meeting to check for accuracy.

“In the past election in 2020, we hand counted seven precincts due to the senate race in Dist 14,” she said. “Reports from each of those hand counts were tabulated and reported correct totals for each candidate that was reported on election night.

Arnold said all the county’s current equipment will be updated with the most recent certified software versions for 2022 elections and the current election server will be replaced with a certified version for testing before the primaries in August.

Commissioner Raeanne Danielowski wanted to confirm that each precinct tabulated its own votes.

“Each precinct is acting as a tabulator,” she said. “They are not connected to the Internet as some people think.”

Commissioner Tim Dolan said he was confident the county’s system was secure.

“We’ve had a lot of questions and open forum talk and  public pushback around voting machines and things of that nature.”

“As complex as the system is, there is no perfect system, but I have the utmost confidence in Sherburne County, your office and our election officials,” Dolan said to Arnold. “Our record speaks for itself. We’ve had a lot of close elections at the county  level and the city and township level. Every time there’s an audit, it comes back saying what it should. When you look at all the checks and balances in place, I think everybody can have confidence in that system.”

Commissioner Lisa Fobbe said she compared notes on the issue with other legislators at a statewide meeting last week. She said it’s not just Dominion machines but all voting machines that are being questioned.

“The process in general is being challenged. It’s a bigger issue than just Dominion machines.”

She said Arnold’s information was important for people to hear.

“I appreciate any chance we have to educate the public on all the steps we go through to have fair and reasonable elections,” she said.

Commissioner Felix Schmiesing said he was also confident in the county’s system.

“I don’t think the question has ever been your staff or your personal integrity,” he said. ‘We need to make sure our own house is in order, and I feel that it is. I feel that you and your staff have done a good job.”

He said that doesn’t mean there won’t be more questions to answer.

“I also think we need to keep an open mind and continue to listen to others that have questions about the entirety of our elections system,” he said. “I just think it’s respectful that we maintain that and that we continue to have dialogue with them as we move forward.”

Some of that dialogue continued later on Tuesday. Arnold said some election data had been requested by members of the public. She had invited them to meet with her that afternoon to review the information.

Commissioner Danielowski said the issue would also be discussed at a city council workshop by the City of Big Lake 4:30 p.m. May 25.