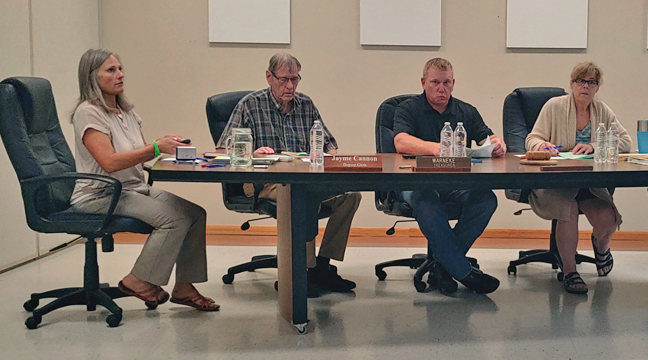 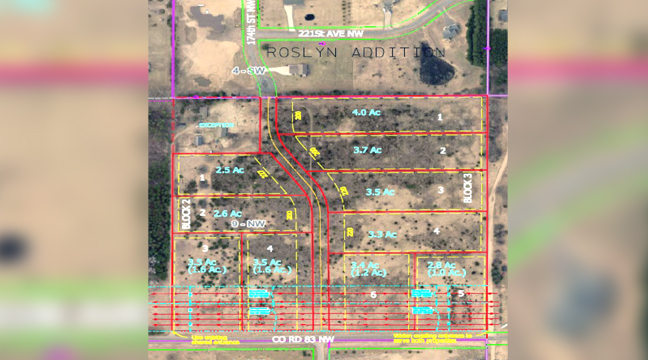 Last week, Big Lake Township reconvened their annual meeting from March. Every year, the state requires that townships hold their annual meeting to approve the levy for the next calendar year in March. Big Lake Township typically sets a preliminary levy at that time, but then recesses the meeting until September, giving the treasurer time to find cost savings based on activity in the legislature.

This year, township officials were watching for possible legislation which would allocate more sales tax to the townships, but, as this did not pass, staff presented the same preliminary levy to the township residents for approval.

The total proposed levy for the township was $2,630,000, which is an increase of just over 16% from last year. However, due to the increased construction and new residents in the area, it was determined that the tax capacity had increased by 20%. Basically, since there are new homeowners in the township, the new residents take on some of the taxes, so although the levy increases, the extra burden is being carried by the new residents. Due to this, the tax rate will decrease by 3.24%

Some of the residents asked whether Treasurer Ken Warneke could find any more areas to cut the budget, as many are facing the reality of tight budgets in light of inflation. Other residents countered this, saying that they liked having well-maintained roads in the township (half of the levy goes to road maintenance) and they were willing to tolerate the increase to keep the roads in good condition.

One resident reminded those assembled that the original meeting held in march was an excellent time to raise concerns over the budget, so the treasurer would have time to work on changes requested by the residents, but waiting until September made changes very difficult.

That being said, the majority of the electorate voted to approve the budget and levy, with only three opposing.

The annual meeting was adjourned, and town board members assumed their usual positions at the head table for the regular meeting.

Dep. Austin Turner of the Sheriff’s Department was on hand to give the monthly report. Dep. Turner took over the duty from Sgt. Luke McLean, who was promoted to an investigative role.

Turner reported that traffic complaints were actually down from the same period last year, some good news after reports all summer of many speeding motorists.

Patrols around the township are up due to some recent thefts, including the theft at the TV tower noted in previous Sheriff’s reports.

In other notable calls for service, Turner noted an ATV crash and an assault on a Nystrom Associates staff member, at the new Nystrom Facility.

Sherburne County is currently seeking input on their comprehensive plan. Town clerk Brenda Kimberly-Maas said that they first sought the opinions of elected officials, but are now looking for input from residents around the county. To learn more, county residents can visit hkgi.mysocialpinpoint.com/sherburne2040. To give input, residents can visit surveymonkey.com/r/WYFM75S.

The Knott family approached the board in hopes of approval for two variances which would allow them to add onto their home. The Knotts own an older home which is not in compliance with current township standards. This is due to standards having changed over the years since the home was built, not because of any wrongdoing on the part of the Knotts or previous owners. After looking at the proposal for the improvements, board supervisors did not see any potential issues, and they liked the Knotts’ plan to include a rain garden on their property. The board have the proposal a favorable recommendation, and the county will have the final decision.

A developer approached the board to share early plans for a development north of Co. Rd. 83. He plans to develop several residential plats of between 2.5-4 acres each. The plans are still in the early stages, but the developer wished to invite early comment from the board. The supervisors asked a few questions but gave no direction to the developer.

• Noted that local Boy Scout Liam had set up his pollinator garden in Lions Park;

• Heard about new hires at the fire department;

•  Reminded the audience that there would be a candidate forum for those running in November at 6 p.m. Monday, September 26 at the High School Auditorium.