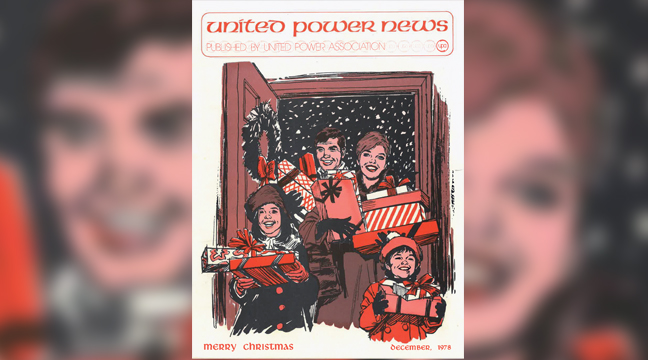 An “imaginary” world without energy? Read on...

(Editor’s Note: This article is a re-print from a periodical called United Power News and was first published in 1978 by Becker resident and former publisher of the Citizen, Mary Jo Mosher. We at the Patriot — along with Mosher — feel it is a relevant and pertinent piece.)

Thanksgiving had come and gone and several days had passed before newspapers came out with the story of the disappearance of Sherburne County.

People’s attitudes reflected more and more discontent, the source had said. “People didn’t like power plants because they are an eyesore and pollute the air,” he said. “They were doing all they could to fight units three and four of NSP’s power plant at Becker. People didn’t want power lines crossing their farm land neither.”

“People were complaining about the rising price of gasoline, but didn’t slow down. They were always in a hurry to beat time. Fuel prices for cooking and heating were getting higher and higher, but cutting wood was a lot of work and solar heat so expensive. Telephone rates were high and the cost to send a letter, ridiculous.”

“Kids had to stand out in the cold too long waiting for buses or had to walk too far to get to school. There was not enough police protection and too many dirt roads that needed blacktopping. Roads were not plowed fast enough after it snowed, and people didn’t get enough action from their congressmen.”

“These were only some of the complaints I’ve heard,” the source had said.

The evening before Thanksgiving, the source continued, most people had contemplated preparations for entertaining medium to large crowds and relaxed by watching their favorite programs on their color television sets. Many were relying on their microwave ovens to reduce the work load a huge Thanksgiving feast creates in the kitchen. Many were probably even trying to think what they should be thankful for in a world loaded with solution-less problems.

By midnight, almost everyone had retired for the night anticipating a meal that would add pounds to an already overweight and diet-conscious populace.

Morning came at various hours to county residents who awoke unable to believe what had happened in the course of a night. Most of them were awakened by the extreme cold which had settled in all houses. The first thing they did was check their furnaces.

:There must be a power outage,” they thought.

No electricity, no telephone, no gasoline — little-by-little they were discovering a brand new world, one they had read about, but never dreamed they would have to live in.

It was cold in the buildings everywhere and the power definitely was out. Microwave ovens didn’t work. Electric toothbrushes, blow dryers, styling combs, electric knives, electric motors that ran pumps, freezers, refrigerators, furnaces, washing machines, dishwashers, dryers, radios, televisions, farmer’s milking machines and corn dryers, and numerous other gadgets didn’t work. The cause was found quickly by some. Others never did find out.

People stood facing the direction of the power plant and stared in disbelief. The power plant didn’t exist anymore. It just wasn’t there. Cars sat in garages with no gas in them because gas stations no longer existed. U.S. Highway 10 had disappeared and all existing roads and highways were dirt, very narrow and ungraded. Road graders and snow plows didn’t exist.

There were no water towers, no telephone lines, no power lines, no sewers, no running water, no school buses, and all the big, modern schools were gone. The county, as though paralyzed by some crippling disease, was motionless.

The acceptance of what had happened came in degrees and the next step was determining how to survive in this nightmare.

Thanksgiving was forgotten in the struggle to survive that day. The first problem to be solved was heat, then cooking, transportation, communication, lighting, and all other problems lack of electricity brings. For some, the transition was too overwhelming and they perished the first day.

People had to find a way to get to stores for food and other necessities and the season’s first accumulative snowfall did not help. Outhouses had to be built, wood had to be sawed by hand, water had to be hauled, cows had to be milked by hand. The work load became enormous and the days extremely short. Most had to retire at dark because they had no candles or lanterns, and flashlights didn’t work because there was no such thing as a battery.

People didn’t have to worry about getting to work, because work meant running machines and there weren’t any.

Most houses were not equipped to heat with wood and the people froze. Others couldn’t figure out how to cook without gas or electric stoves and quickly starved. Some were so bored without television or radio that they couldn’t stand life any longer and died. Many, unused to walking distances, couldn’t take the physical strain and perished.

People isolated without transportation or communication gave up and died. Some people couldn’t cope with the change at all even at the start. Others did fine at first but began to fall farther and farther behind and finally dropped out in the struggle for survival. They took turns watching their neighbors succumb, and longed for the world they once knew.

One-by-one in the struggle to survive in a world devoid of all the riches of a 20th century America — which they had forgotten to be thankful for — the people perished and Sherburne County became extinct.